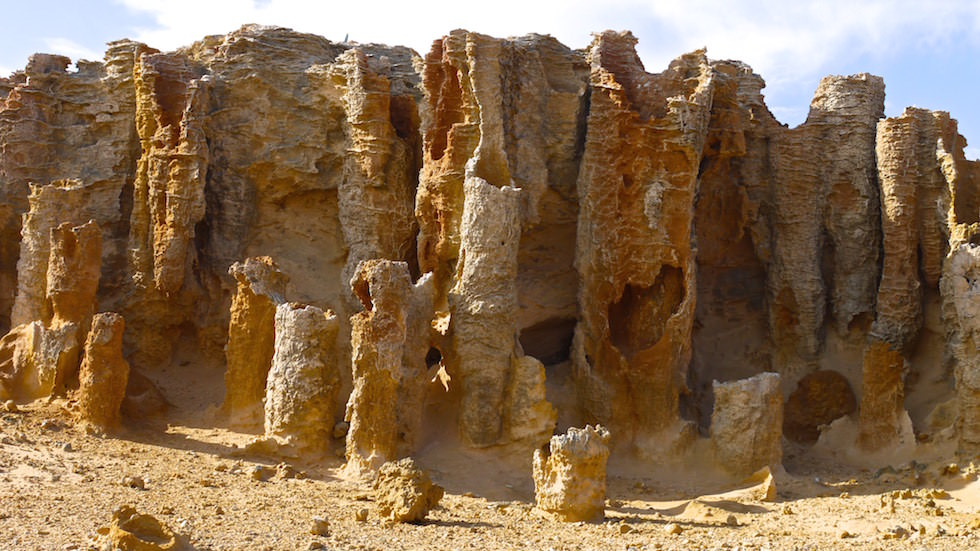 Cape Bridgewater – A Mistake Made it Famous :)

Cape Bridgewater  is located on the western shore of Bridgewater Bay, 21 km south-west of Portland, and 383 km from Melbourne. It lies within the Discovery Bay Costal Park. It is only a small detour, when heading from the Great Ocean Road to the Grampians Nationalpark (or the other way round).


Cape Bridgewater is home to a colony of up to 650 fur seals and the highest coastal cliff in Victoria. The cape itself also boasts a large blowhole and a feature known as the Petrified Forest, which is probably the main tourist attraction.

They thought for a long time that it was formed when a forest of moonah trees was smothered by a large sand dune. Water seeped down through the sand to form a crust of sandstone on the outside of the trunks, decaying the organic matter, leaving behind ‚petrified‘ trunks.

Later they found that the trunks are hollow tubes of limestone, eroded as a result of millions of years of rainfall. Bridgewater Bay and the adjacent Cape form a partially submerged volcanic caldera.

At the blowhole incoming and outrunning waves are crashing into each other. Even at an extrem stormy day it felt great for me just standing there and watching them for ever.

To the west is a large area with huge sand dunes. For these reasons Cape Bridgewater and the nearby coastal area is classed by the government as the second most important coastline in Victoria, after the „Twelve Apostles„, along the Great Ocean Road.