Forgotten World Highway – Whangamomona: The Smallest Republic Of The World 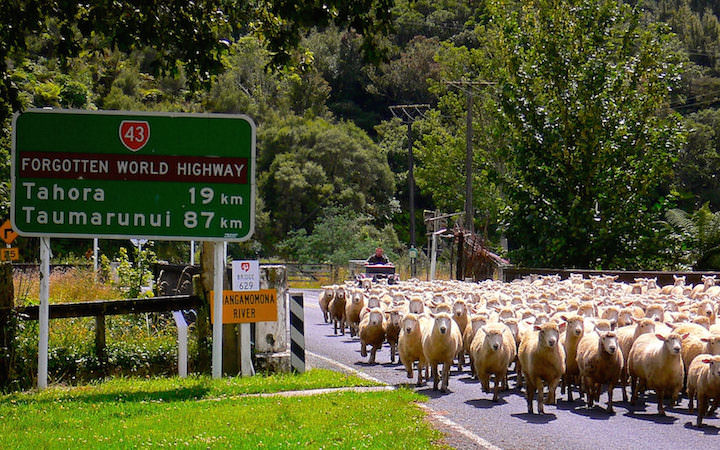 Forgotten World Highway – A Road Through The Past

Forgotten World Highway, offers an unparalleled journey through our pioneering past and richest landscape. The 158 km adventure begins in Stratford and ends in Taumarunui on the Central Plateau, with Mount Ruapehu looming in front of you. It follows ancient Maori trade routes and pioneering farm tracks, through ambitious historic settlements, untamed native bush and stunning natural scenery. Driving the road takes up to 3 hours.


14 km past Whangamomona is the Moki Tunnel, also known as Hobbit’s Hole.

If you travel the Forgotten World Highway don’t miss out to have a rest at this wonderful Hotel & Bar – enjoy eating & drinking and this wonderful peaceful place on earth !

Whangamomona sought its independence when local government shifted the local district boundaries to one that was in line with the watershed of the main rivers. Half of the Whangamomona District went from the Taranaki District to the Manawatu District. The stubborn streak came out to show that they did not like this decision being made without consulting them, the residents, first. Whangamomona residents made a major decision to declare their independence within the four walls of the hotel back in 1989. Whangamomona was declared a Republic!