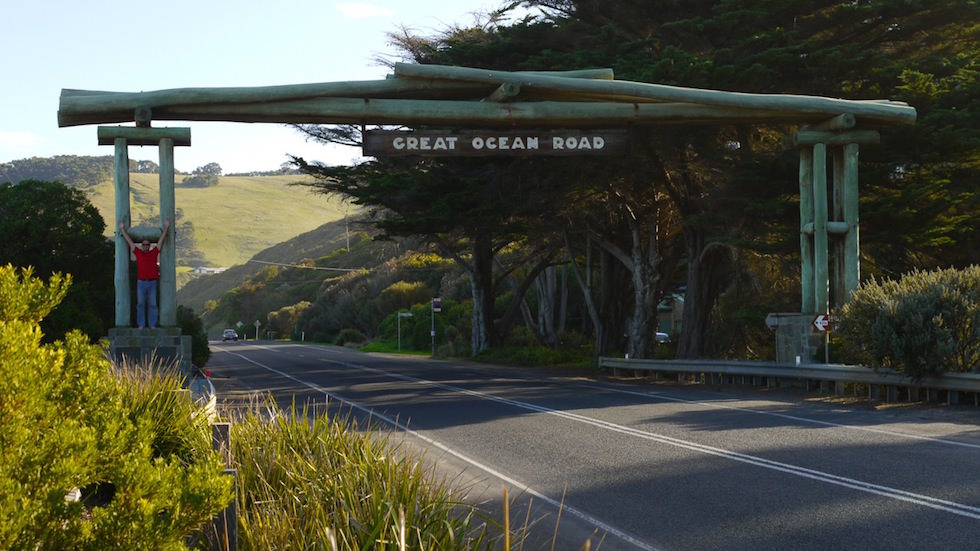 The Great Ocean Road is permanent memorial to those who died while fighting in World War I, carved in rock, it winds 243 km around the rugged southern coast. Built by returned servicemen it was a huge engineering feat ending decades of isolation for Lorne and other coastal communities.

Before the Great Ocean Road, travel between the coastal settlements was far from pleasant. In the 1870s, a trip from Lorne to Geelong was long and arduous via a rough coach track through dense bush to the railway at Winchelsea. Previously the ocean supplied the link to the outside world.

Plans for an ocean road emerged in the 1880s but only gained real impetus towards the end of the First World War. The chairman of the Country Roads Board, Mr W Calder, contacted the State War Council with a proposal that funds be provided for repatriation and re-employment of returned soldiers on roads in sparsely populated areas. Calder submitted a plan he described as the ‚South Coast Road‘ which suggested a road starting at Barwon Heads, following the coast around Cape Otway and ending near Warrnambool.

It was Geelong mayor, Alderman Howard Hitchcock, who brought the plans to fruition. He formed the Great Ocean Road Trust and set about raising the money to finance the project. He saw it not only as a way of employing returned soldiers but of creating a lasting monument to those who had died in the war.

He also had a powerful view of its worth as a tourist attraction, proclaiming it better for its ocean, mountain, river and fern gully scenery than the Riviera in France, the San Francisco Road and Bulli Pass in New South Wales.