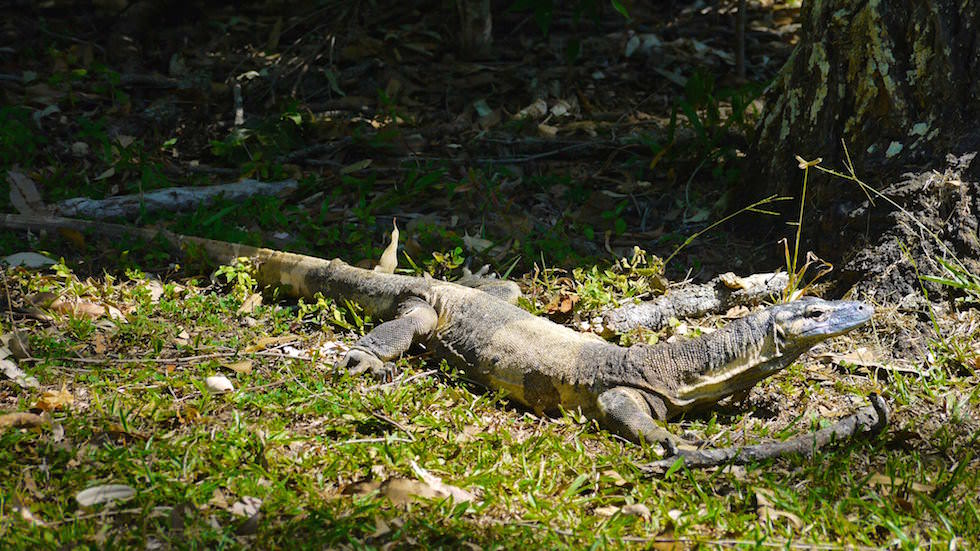 The lace monitor lizard or lace goanna (Varanus varius) is a member of the monitor lizard family.  Australian members of which are commonly known as goannas.  It belongs to the subgenus Varanus.

Lace monitor lizards are the second-largest monitor in Australia after the perentie.  They can be as long as 2.1 m  with a head-and-body length of up to 76.5 cm. The tail is long and slender and about 1.5 times the length of the head and body. The maximum weight of lace monitor can be up to 20 kg.

These common terrestrial and often arboreal monitors are found in eastern Australia and range from Cape Bedford on Cape York Peninsula to south-eastern South Australia. They frequent both open and closed forests and forage over long distances (up to 3 km a day).

The diet of the Lace Monitor Lizard

Their diets typically consist of insects, reptiles, small mammals, birds, and birds‘ eggs. They are also carrion eaters, feeding on already dead carcasses of other wildlife.

They are preyed upon by dingoes and birds of prey, and like all Australian goannas, they were a favourite traditional food of Australian Aboriginal peoples.