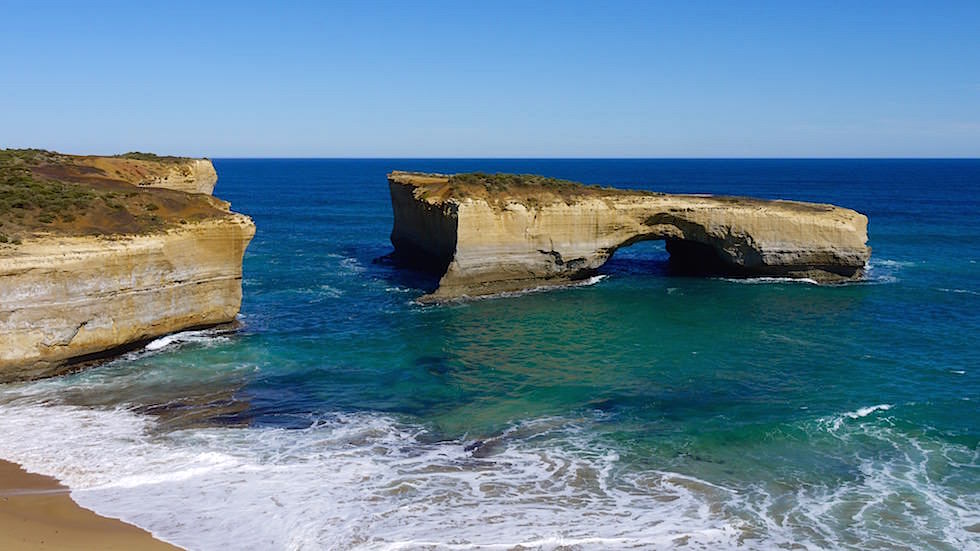 London Arch is a natural arch in the Port Campbell Nationalpark. It is the last of the popular limestone formations when traveling the Great Ocean Road from East to West.

The London Arch was formed by a gradual process of erosion, and until 1990 formed a complete double-span natural bridge.


The arch closer to the shoreline collapsed unexpectedly on 15 January 1990, leaving two tourists stranded on the outer part until they were rescued by a helicopter. No one was injured in the event. Prior to the collapse, the arch was known as London Bridge because of its similarity to its namesake.